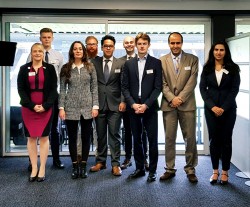 The final of our 2019 EIS Peter Watson Prize was held at a special event at Derby County Football Club on 1 October 2019.

Congratulations to our winner Alex O’Neill of Jaguar Land Rover/University of Surrey. Matt Crane of University of Bristol was Highly Commended. The judges noted the high standard of presentations delivered which was especially apparent this year. 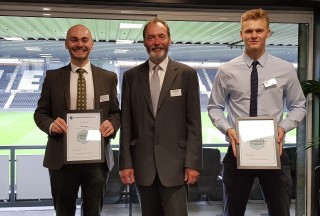 The prize is named after our founding President, Dr Peter Watson, who passed away in 2015. It was created to support young engineers at the start of their career, a cause Peter keenly supported throughout his working life. The next Peter Watson Prize will be awarded at Fatigue 2020.