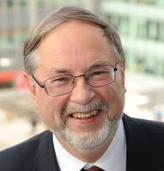 Professor Roderick A Smith, ScD, FREng., is currently Emeritus Professor of Railway Engineering, Imperial College London and Chair of the Future Railway Research Centre. He was Chief Scientific Advisor to the Department for Transport from 2012 to May 2014 and 126th  President of the Institution of Mechanical Engineers 2011-12. He is currently an Infrastructure Commissioner for Wales. He was previously a lecturer in the Cambridge University Engineering Department (1980-88) and Professor of Mechanical and Process Engineering, University of Sheffield (1988-2000), including a period as Head of Department (1992-95) , Head of Mechanical Engineering at Imperial College (2000-2005). He was a consultant to the Board of British Rail (1992-96), and before that to the Board of British Steel. He is frequently called as an expert witness in legal cases. He served for eight years as a Trustee of the National Museum of Science and Industry, which includes the Science Museum and the National Railway Museum in York, to which he arranged the gift of an original series zero shinkansen from Japan. He works with many major railway organisations in Japan. He has published extensively on structural integrity, railway engineering and energy and is frequently invited to address international meetings and conferences. He is director of his own consulting company, Roderick A Smith Consulting Engineer and has advised on many engineering issues throughout the world. He has been awarded honorary doctorates from the Universities of Sheffield and Lincoln and is an Honorary Fellow of Queens’ College Cambridge.